Join us at our AGM Luncheon with Guest Speaker Mary Cameron 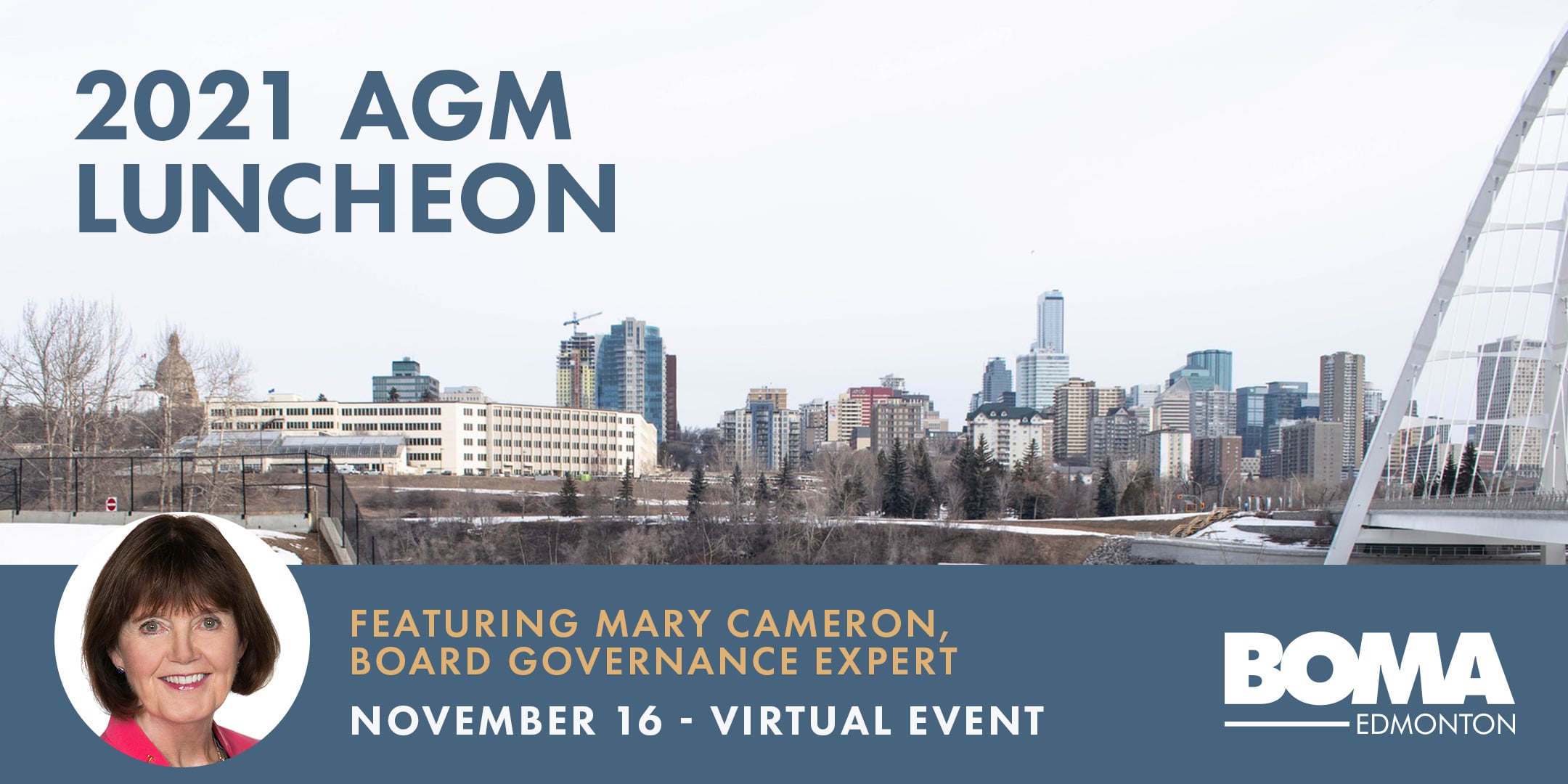 Presentation: Have You Ever Thought of Serving on a Board?

Mary Cameron is a principal of Ozone Advisory Group, a company formed to assist companies achieve their purpose through high performing boards. Mary is an independent corporate director on several private companies in the lumber, automotive parts, and machine learning sectors. She is an active member of the Institute of Corporate Directors (ICD) and serves on the executive committee of the Edmonton Chapter. Over her career she has served as a director or Chair on dozens of private company and crown boards. She was a founding member of the Glenora Rotary Club, and the founding Chair of Edmonton Global (the Edmonton Metropolitan economic development entity). After serving terms as Chair of Habitat for Humanity Edmonton, and Chair of Habitat for Humanity Canada, she was appointed to the board of Habitat for Humanity International, the first Canadian to serve on that board in over ten years, and is now the incoming Chair of HFHI. She has served as CEO of the Workers Compensation Board Alberta, as Deputy Minister Housing in two provinces, and as CEO of several private companies.

Mary has been recognized with numerous awards for her community and business service including the Queens Jubilee medal, Woman of Vision, twice named one of Alberta’s 50 most influential, and Consumers Choice Business Women of the Year. She has also recently been appointed as the Hon. Lt Colonel of the Loyal Edmonton Regiment.

If you’re unable to attend, please complete this proxy form by November 12.

It is extremely important to have quorum for voting purposes (bylaw updates and board election). At least 50% of member company votes are needed. If you’re unable to attend, please sign this form and return to admin@bomaedm.ca by November 12.